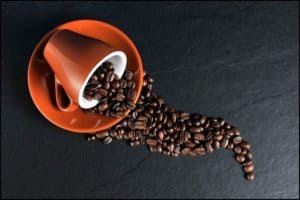 Caffeine has been a part of various cultures around the world for centuries now and is by far one of the most popular drugs consumed by humans (especially considering its other beneficial effects, besides increasing wakefulness).

In fact, studies show that 75% of all adults worldwide consume caffeine in some form per day.

So why is this drug so popular?

Well for starters, it has many amazing benefits such as improved concentration and alertness in addition to providing powerful antioxidant benefits.

Caffeine can even be used to treat or prevent certain health conditions and diseases.

The question on everyone’s mind, however, is whether or not caffeine is a nootropic?

This article will discuss what caffeine actually is and its various effects before we dive into whether or not it can be considered a nootropic.

So without further ado, let’s get right into it!

First Off, What Is Caffeine?

Caffeine is also found in certain medicines (such as Tylenol) and in most diet pills. Although this herb has incredible health benefits, it can have the opposite effect when it is taken in too high amounts.

It is an alkaloid that has been used as a recreational drug for many years. But its usefulness lies not only in its medicinal properties but also in its ability to increase energy, alertness and focus and to enhance athletic performance.

Caffeine in small amounts can even improve general health, but it can have a negative impact when taken in large quantities. For instance, the acute toxicity of caffeine is 5-10g/kg body weight for adults.

Since most of us do not consume this amount of caffeine per day, we will not experience adverse effects like anxiety, nervousness and insomnia. However, people who take in high amounts of caffeine daily (more than 300mg) have a much higher chance of experiencing side effects such as insomnia and nervousness.

The effects detected by users often vary depending on the individual’s physical condition and body mass. Very few studies exist that show the benefits of moderate consumption as compared to excessive consumption.

In fact, the results are often inconclusive or conflicting. This can be due to factors such as age, body mass and sensitivity to caffeine. For instance, people who are more sensitive to caffeine may begin experiencing side effects after consuming small amounts of the drug.

Individuals who are overweight or obese are usually at a higher risk of experiencing these side effects than those who are normal weight.

Caffeine is a powerful stimulant and works by blocking adenosine receptors in the brain, which results in increased dopamine levels in this region.

It also improves mental alertness and decreases drowsiness by increasing the release of adrenaline and norepinephrine. Caffeine also has an influence on other neurotransmitters like serotonin, dopamine, acetylcholine, GABA and glutamate.

Moreover, it has neuroprotective properties that help in fighting diseases like Parkinson’s disease. It can also improve mood because of its effects on serotonin.

So we can clearly see that caffeine works as a stimulant and a mood enhancer. People who take moderate amounts of caffeine, however, may not experience any serious side effects.

Some studies show that in people with Parkinson’s disease, the use of moderate amounts of caffeine has been associated with increased alertness and reduced motor disability. Caffeine may also help to improve memory performance and reduce the risk of mild cognitive impairment.

It has also been found that regular users have better concentration and memory function than those who don’t consume caffeine.

Meanwhile, it can help brain function even in older people who consume it in small quantities.

Caffeine enhances memory learning and improves attention in children. In adults, it has been shown to improve performance in tests of attention and memory.

This can be attributed to its effects on the brain’s neurotransmitters—most notably dopamine. It also improves mental function and activates memory-related neural circuits.

Caffeine helps to improve mood and reduce anxiety because of its stimulating effects on neurotransmitters in the brain.

It may also help people with ADHD (attention deficit hyperactive disorder) or depression. It has even been investigated as a potential treatment option for Parkinson’s disease.

Studies have also shown that long-term caffeine consumption reduces the risk of developing Alzheimer’s disease because of its protective effects on neurons in the brain.

Research suggests that consuming between 100 and 400 mg of caffeine per day can help to reduce this risk by 50%. The same dose may also delay the onset of Alzheimer’s by one year.

There are also studies that show the benefits of caffeine for non-athletes in terms of increasing speed, strength and power. However, there is no evidence showing whether or not caffeine enhances anaerobic sprints.

Caffeine is sometimes combined with other stimulants to boost energy levels during periods of intense physical activity such as weight lifting. However, research shows that this practice does not seem to benefit athletes any more than consuming only caffeine alone would.

Caffeine helps to improve alertness and mental performance in long-term users. In other words, users become used to the effects of caffeine and begin to experience a decline in alertness if they do not consume it regularly.

This may have a negative effect on their mental performance when they are forced to provide peak responses without caffeine. However, there is no evidence that long-term use of caffeine can cause psychological or physical dependence on the drug.

How Much Caffeine Should You Take?

So we just learned the benefits and uses of caffeine. The question remains: How much should you consume on a daily basis?

Well, for most people, the moderate amount of caffeine is about 300 mg per day and if you’re a coffee lover, then this may not be an issue for you.

If you have any health conditions or are particularly sensitive to caffeine, then it may be better to take between 100-200 mg per day.

Some studies also show that consuming up to 400 mg of caffeine may help reduce symptoms of Parkinson’s disease better than those who take less than 100mg per day. In fact, the maximum recommended dose for adults is 400mg per day.

Keep in mind that some foods contain different amounts of caffeine—for instance dark chocolate has about 3-5 times more than coffee and tea does not contain nearly as much as coffee does.

How Will Caffeine Help You Perform Better at Work?

Caffeine can help enhance cognition by enhancing alertness and attention in healthy adults. In other words, it can improve your ability to focus and pay attention during work.

It may also help to keep you alert during work if you’re having trouble concentrating, but we recommend checking out our article on creative ways to make working at your desk easier.

Some studies also show that caffeine can be used to treat ADHD and improve concentration in children.

Keep in mind though that caffeine is not a replacement for a good work/life balance. If you rely on caffeine to get through the day instead of getting enough sleep, then this could lead to poor performance at work due to fatigue.

Caffeine is still a drug and should be consumed with caution because it can have an impact on mental performance as well as physical energy levels.

Besides, it can also be addictive, depending on the individual and the amount consumed.

So as you can see, caffeine is a drug that has both positive and negative effects on cognition, alertness and performance.

This means that some people may experience benefits from consuming caffeine while others may notice side effects such as anxiety or insomnia. In fact, caffeine is a drug that should only be taken in moderation to avoid any potential negative side effects.

Again, we recommend checking out our article on the dangers of over-consumption so you don’t become addicted to caffeine and find yourself unable to function normally.

So is caffeine a nootropic? Yes it is!

It can have both positive and negative effects on cognition, alertness and performance. In general, moderate amounts of caffeine can enhance cognition while large quantities may negate the effects. As with most stimulants, however, it can also be addictive.

This means that too much intake of caffeine can lead to withdrawal symptoms if you stop consuming it.

Consume as much caffeine as you need to function normally and only in moderation after that.