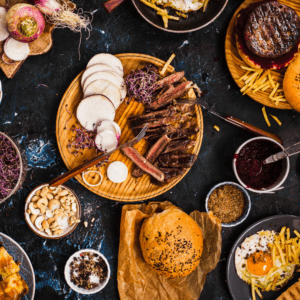 Do you want to improve your brain power?

The kitchen is a treasure trove of natural nootropics. From the red peppers that are rich in Vitamin C to the avocado, which contains healthy fats and potassium, there are many foods that can improve memory, focus and concentration.

We will take a look at 10 different foods that have been proven to boost brain power.

You’ll learn about how these foods work in the brain so you can make informed choices when shopping for groceries or cooking up dinner tonight!

So without further ado, let’s get started!

What foods are high in nootropics? 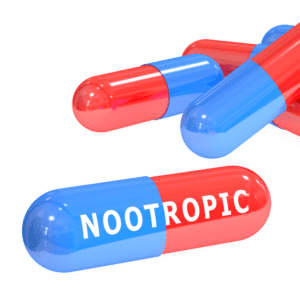 Nootropics are a class of biologically active substances that have been created to stimulate mental processes.

Nootropics under the wide definition include all drugs which cross the blood-brain barrier and affect the brain.

A narrower definition restricts it to stimulants and other compounds which can improve aspects of cognitive function like memory, concentration, focus, motivation and attention span.

There are foods high in nootropics (naturally occurring) resulting in improved cognition.

Some common ones are:

Let’s take a closer look at some of these examples… 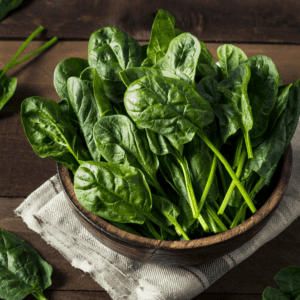 Spinach is a very popular vegetable in the Western World.

It also contains magnesium, an essential mineral that has been shown to improve memory and focus by increasing blood flow into the brain.

Folate (B-vitamin) found in spinach helps synthesise neurotransmitters which are important for mood and brain function.

Spinach, in general is high in antioxidants which protect the cells from free radical damage.

Spinach also contains luteolin a flavonoid that protects against cognitive decline by increasing blood flow to the brain.

With high amount of antioxidants such as luteolin, kale can help protect cells from free-radical damage and keep cognition sharp.

Kale is high in Vitamin K which is vital for brain development and function.

When it comes to its nootropic content, kale is also high in Vitamin B-complex.

The vitamin helps create neurotransmitters that are important for mood and brain function (B vitamins play a vital role in the health of neurons by affecting how effectively they send, receive and process information).

Walnuts are one of the best sources for dietary omega-three fatty acids, which help maintain brain health and function.

It has Vitamin E: a fat soluble antioxidant that protects neurons from free radical damage (studies have shown this vitamin helps improve memory).

Vitamin B found in walnuts acts as coenzymes to help the body synthesize neurotransmitters (vitamins B-complex are important for mood and mental health).

Walnuts also contain Luteolin, a flavonoid that protects against cognitive decline by increasing blood flow to the brain.

Other nootropics found in walnuts include; Magnesium, Vitamin b6 & folate.

Broccoli is a vegetable which contains Vitamin K and omega-3 fatty acids (ALA), both of these help maintain brain health.

Vitamin K plays an important role in the development and maintenance of neurons (protecting them from damage).

Other nootropics found in broccoli include; Vitamin B-complex, Molybdenum (an essential trace mineral) and manganese.

Manganese is an essential mineral that helps create neurotransmitters which are important for mood and brain function (manganese also has antioxidant property).

Eggs are one of the best sources for choline, a brain nutrient that is essential in helping to form neurotransmitters (which help mood and mental function).

It does this by increasing blood flow into the brain which brings with it oxygen and glucose needed for brain function.

When it comes to its nootropic content, eggs also contain Vitamin D which is a steroid hormone that enhances mood and memory by increasing neurotransmitter activity in the hippocampus (the part of the brain responsible for memories).

It has been shown that low levels of vitamin d can lead to poor memory as well as depression.

Eggs are a superfood that contain almost all of the brain boosting nootropics that you need.

One of the benefits of choline is that it prevents cognitive decline by increasing blood flow into the brain.

It is also important for healthy muscle functioning because it helps with nerve impulse transmission.

Dark chocolate is a source of antioxidants such as; polyphenols and flavonoids.

Zinc is an antioxidant mineral that plays a role in brain development and function by helping with neuronal growth while also protecting them from damage.

It also helps maintain the health of existing neurons, as well as being a co-factor in many enzymatic reactions that occur within our bodies.

Pistacios are a good source of Vitamin B-complex (vitamins B-12 & E).

Vitamin E helps protect neurons from damage by acting as an antioxidant, it’s also a fat soluble vitamin which means this nootropic can be stored in the body.

Vitamin B-complex (especially vitamin b12) is known to enhance brain function by increasing energy production and also helps you stay focused for longer periods of time because it supports healthy nerve functioning in the brain.

Other nootropics found in pistacios include; Magnesium, Vitamin K & manganese. 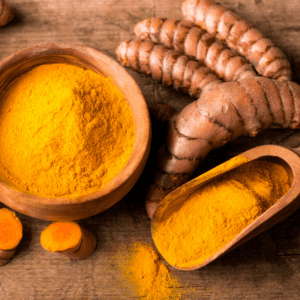 Turmeric is a spice that contains the active ingredient curcumin (a powerful antioxidant).

Curcumin has been shown to help with memory and learning by increasing blood flow into the brain.

It also protects neurons from damage while enhancing cognitive function, making it a great nootropic for improving mental health.

Turmeric is also known for its anti-inflammatory properties which can help those suffering from neurodegenerative diseases.

Turmeric is a great source of nootropics that have been shown to improve brain function as well as protect it from damage, making it a superfood for your mind.

It has been used in India for thousands of years as a natural remedy to help with many different health ailments.

Today, modern science is catching up on what people have known for centuries; turmeric benefits are vast and include nootropic properties which make this spice one of the best foods to boost brain power.

Another great benefit of turmeric is that it enhances the bio-availability of other nootropics, making them more potent and allowing your body to absorb them faster.

Turmeric tea has been used as a natural remedy for thousands of years in places such as India where it’s known as “The Spice of Life”.

Since it’s now becoming more popular in the West, turmeric is appearing as an ingredient in many different dishes and drinks.

Adding a sprinkle of this spice to your diet will definitely enjoy many benefits for both physical and mental health.

L-theanine, which is the active ingredient in green tea is a natural nootropic that has been shown to enhance memory, relaxation, learning and mood.

L-theanine increases the production of alpha waves in the brain which are associated with alert relaxation without drowsiness.

This means you can use this nootropic for better focus & concentration when working or studying while also being calm and relaxed.

Studies have shown L-theanine to be effective in improving memory and learning by increasing dopamine (which is a neurotransmitter that helps transmit nerve impulses).

The caffeine content of green tea makes this nootropic great for those who want an energy boost without the crash after, as well as providing added mental clarity which allows you to focus more.

If you’re a fan of green tea, it’s definitely time to enjoy the full benefits by drinking this beverage daily for both your mental and physical health!

Last but not least, caffeine is the most popular nootropic in the world.

People drink it for its ability to keep them awake, energized and focused when studying or working long hours.

With this understanding of what caffeine does, it’s easy to realize that the brain is constantly stimulated by this compound which helps you stay focused for longer periods of time.

Caffeine has also been proven to increase productivity and motivation (it even works as an antidepressant).

This natural nootropic can provide many benefits including; improved memory, concentration & alertness while giving you that much needed energy boost that many people enjoy.

Caffeine is found in tea, coffee and chocolate as well as some unexpected food sources such as yerba mate and guarana (though, in relatively small doses) which are great for those who want to avoid caffeine withdrawal symptoms associated with drinking caffeinated beverages.

As you can see, these natural nootropics not only include ingredients from the kitchen but can also be found in a variety of unexpected places!

Even though many people use caffeine to give them an energy boost, this natural nootropic is actually great for those who suffer from fatigue and need some assistance with waking up.

Not only that, it’s been shown to increase focus which allows you stay on task for longer periods of time and has even been used to treat depression in certain cases.

If you want a healthy, natural way to increase your energy levels without worrying about caffeine withdrawal symptoms (which can be unpleasant), it’s definitely worth adding some green tea into your diet on a daily basis!

As we discussed earlier, the active ingredient in green tea is L-theanine which has been shown to have a variety of benefits for those who want to improve their brain power.

Nootropics are plentiful in both the kitchen and unexpected places.

They can help improve your physical health, memory & focus while also providing a boost in energy levels when you need it most!

The 10 most popular nootropics found in foods are:

What is the best natural nootropic found in foods?

Caffeine and L-theanine are both great natural alternatives to chemical based nootropics.

As we have mentioned above, all it takes is adding a cup of tea, or coffee, to your daily diet in order to reap all the benefits.

Are the nootropics you find in foods as potent as the supplements?

No, the natural nootropics in foods are not as potent as the supplements.