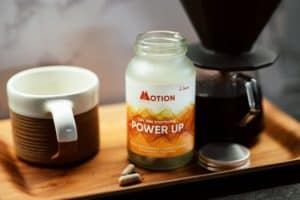 Nootropics are often touted as miracle drugs, but beware of the side effects.

Taking nootropics daily can be a good way to increase brain function and improve cognitive performance. However, there is a downside. So can Nootropics cause headaches?

Recent studies have found that nootropics can cause headaches in some people. It’s not clear why these substances would cause headaches, but it might be due to changes in blood pressure or the release of chemicals during sleep deprivation.

Nootropics include substances like piracetam, Aniracetam, oxiracetam and pramiracetam. The substances are marketed as “brain boosters” or “smart drugs.”

These supplements are said to improve a variety of brain functions including memory and mood. Noopept is said to be more  potent than piracetam.

Side effects of said nootropics include headaches, nausea, vomiting and fatigue.

Why do they cause headaches?

Nootropics are said to enter the brain and increase brain activity. One theory is that this increase in brain activity causes changes in blood flow which could lead to headaches. [1]

In mice, oxiracetam increased blood flow to the brain without causing any changes in blood pressure or heart rate.[2]

Another theory is that nootropics act on neurotransmitters such as dopamine and serotonin. In rats, oxiracetam caused decreased dopamine activity.

While this article discusses headaches caused by nootropics, keep in mind that the headaches may be due to other causes.

One study found that only 1 out of 24 nootropic users reported headaches. Ten reported improved memory and attention, and nine reported enhanced concentration and alertness.

Another reason could be due to too much, or too little, choline. Choline is needed to break down acetylcholine, an important neurotransmitter. As acetylcholine levels rise or decrease in the body, people may experience headaches or migraines.

Choline can be taken as a supplement (Alpha-GPC) or you can get it through your diet by eating fatty fish and eggs.

How to prevent headaches caused by Nootropics

If you’re already taking nootropics and experiencing headaches, then discontinue your supplements or take a break.

If you’re now thinking about taking nootropics, consider the following:

Consider alternatives to nootropics. While they can boost cognitive function in some people, they won’t work for everyone and may cause headaches.

The best approach to cognitive enhancement is through a healthy diet including omega-3 fatty acids from fish oil and greens such as spinach, broccoli and kale.

If you choose to take nootropics, try starting with a low dose (e.g., 100 mg of Aniracetam).

Combine your dose with a choline source and drink plenty of water to prevent headaches.

5 popular Nootropics that won’t give you headaches

Below I have listed 5 of my favorite Nootropics that I haven’t experienced any negative side effects from.

That being said, this is always dose depended. Don’t go overboard. So without further ado, here are 5 of my favorite Nootropics that don’t cause headaches.

This is one of the most potent racetams, which have been used in Russia as a cognitive enhancer since the 1960s.

It’s said to promote alertness and creativity while reducing brain fog. Studies in rats have shown reduced levels of acetylcholine after prolonged use.

Aniracetam doesn’t appear to be toxic even at high doses according to animal studies. I usually stack Aniracetam with Citicoline.

Citicoline is a substance that occurs naturally in the brain. It improves cognitive function by restoring the energy supply to brain cells.

Caffeine is found in coffee, tea, cacao, kola nut and guarana. It has been used for centuries to improve brain function and mental alertness.

In recent years, it has been studied for its potential impact on Alzheimer’s disease and other age-related cognitive disorders.

Caffeine does not appear to have any serious side effects if taken in normal doses (generally less than 200 mg per day). High doses of caffeine may cause nervousness, irritability or insomnia. I always stack caffeine with a Choline source.

Choline helps break down acetylcholine, which is needed for memory and other cognitive functions.

It’s found in eggs, green, leafy vegetables such as broccoli and cauliflower, and most seafood.

It can also be taken as a supplement in the form of Alpha-GPC (Alpha-GPC also breaks down Acetylcholine) or Citicoline (can be taken with or without Alpha-GPC).

Choline levels may be low in some people due to poor diet and illness.

Rhodiola is a plant native to the highlands of Asia and Europe that can boost energy levels and improve memory.

Studies in mice found that rhodiola may protect the brain from damage caused by toxins, reduce the risk of disease and delay the onset of aging in animals.

Rhodiola was shown to improve mood and improve alertness, but not memory or learning. It also appears to have anti-inflammatory effects which may explain its ability to protect the brain against toxins and disease.

Rhodiola is safe for most people at daily doses of up to 4 grams of fresh mature root (1/4th teaspoon). A 1 gram dose taken three times daily should be fine for most adults.

This corresponds to 50–100 mg of rhodiola rosea extract per day for an adult.

Side effects include headache, fatigue, gastrointestinal distress and nervousness.

Bacopa has been used for centuries in Ayurvedic medicine. It’s said to improve memory and mental clarity while relieving anxiety.

Studies in mice have found that it is an antioxidant with neuroprotective properties. Further studies are needed to determine its effects on humans.

Bacopa is generally considered safe in recommended dose of up to 500 mg of extract per day.

Many people report that Bacopa increases alertness and mental clarity, however it does not appear to improve memory or learning ability compared with placebo.

Some studies have shown that Bacopa may be an antioxidant with neuroprotective properties.

Side effects may include upset stomach or nausea, dizziness or headache.

Taking a Choline source with bacopa may decrease the risk of these side effects.

L-Theanine is an amino acid found in green tea which promotes relaxation without causing sedation or drowsiness (as can some anti-anxiety drugs).

It has been used for centuries to increase concentration and mental alertness. It’s also used as an aid to falling asleep.

There are some concerns about the use of L-Theanine, because it can be addictive. However, the risk of addiction is very low with L-Theanine (as with many safe substances), so most people don’t have a problem with it.

Lastly, it’s worth mentioning that it’s important to always have a choline source on hand (Alpha-GPC is what I use).

Nootropics may help improve your quality of life and cognitive function. However, many types of nootropics, especially those that are synthetic, may cause headaches and other side effects.

The best way to avoid a headache is to stick with natural Nootropics like Minarine or Aniracetam. Another option is to combine nootropics with a choline source like Alpha GPC and plenty of water.

If you’re already experiencing the headaches associated with Nootropic use, then try discontinuing the supplement or taking a break to see if they go away.

The best strategy for cognitive enhancement is through diet and exercise (and avoiding alcohol).