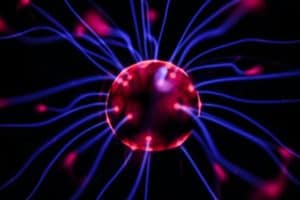 So recently I came across two interesting Smart Drugs on Reddit searching for some information about Adrafinil and Modafinil.

I actually had no idea about them and what they do, so I figured, why not write an article about them in order to figure both of them out. Fladrafinil vs Flmodafinil – what’s the difference? Let’s find out.

Here are the topics I will be covering today:

…. So without further ado, let’s just jump straight into it!

Fladrafinil is also known as CRL-40,941 or Fluorafinil. It is an eugeroic related to Adrafinil and Modafinil.

An eugeroic is a drug that promotes wakefulness and alertness which is why people often stumble upon Fladrafinil, like myself, when researching Adrafinil and Modafinil.

From what I could find, Fladrafinil was first synthesized back in the 70’s and was later patented in France in the late 80’s.

People taking Fladrafinil report similar effects as Modafinil and Adrafinil although some argue that Fladrafinil is a more potent eugeroic compared to the two.

I couldn’t really find any clinical study about Fladrafinil and the information about it is very limited as of right now. Most of the information we have available are anecdotes.

Fladrafinil is a more intense wakefulness and alertness promoting Smart Drug than Modafinil and Adrafinil with limited studies about it available (most information we have are anecdotes).

Flmodafinil is found under 4 different names;

It is the bisfluoro analog of Modafinil. An analog just basically means that the compound has a similar chemical structure to Modafinil with a few differences.

Like Fladrafinil, Flmodafinil is also a potent eugeroic as well as a dopamine reuptake inhibitor.

Most people taking Flmodafinil report that it is more potent than Modafinil (up to 30% stronger and higher bioavailability) which is backed up by a few clinical studies.

Here is what one study concluded:
“In summary, NLS-4 is a potent stimulant with different effects than its parent compound modafinil (Rambert et al., 1986) and most other stimulants in terms of potency and effects on sleep rebound and the sleep EEG.”

You can find the study here.

It’s worth noting that it was only recently patented (2013) and clinical trials have been underway since 2015. It is currently in Phase 1.

Flmodafinil is a powerful eugeroic – a wakefulness and alertness promoting Smart Drug. It is an analog to Modafinil which means that it is similar in structure. Flmodafinil is considered to be stronger than Modafinil with promosing results in clinical trials.

How do they work and what’s the difference?

As I briefly mentioned in the beginning, the data available on both drugs is relatively limited.

That being said, we know that both Fladrafinil and Flmodafinil are powerful eugeroics that mimics the effects of Adrafinil and Modafinil.

Since they are both analogs to Modafinil and Adrafinil they work just the same in terms of wakefulness and alertness.

This means that they both have similar neuropsychopharmacological properties.

The only difference between Fladrafinil and Flmodafinil from the studies I could find, are the side effects and potency.

Fladrafinil seems to have more severe side effects when compared to both Adrafinil and Flmodafinil which is why most people shy away from it.

When it comes to the potential benefits and side effects of using Fladrafinil, they are almost the same as what you’ll experience taking Adrafinil alone. 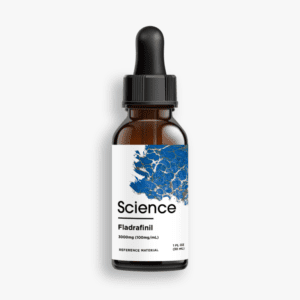 That being said, Fladrafinil seems to have more severe side effects as I alluded to earlier.

Theoretically, the benefits you should experience on fladrafinil are:

However, in most cases people report that they experience nasty headaches, anxiety and nervousness like this guy on Reddit.

The side effects experienced on Fladrafinil is the reason why most people chose Adrafinil instead. If you want to buy Fladrafinil online, you can do it right here.

When it comes to Flmodafinil people actually report that they experience better benefits than Modafinil. 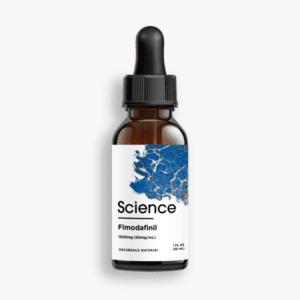 The benefits you may experience taking Flmodafinil are:

Basically the same benefits as what you’d get taking Modafinil. Flmodafinil tends to be cheaper and is quicker to kick in.

Although some people say that Flmodafinil is one of those Smart Drugs that you either: “feel it working or not” (this guy on Reddit talks about it here).

In terms of Flmodafinil side effects there don’t seem to be anything worth noting other than the common headache (usually a result of dehydration) and trouble sleeping if taken late in the day. If you want to buy Flmodafinil online, you can do it right here.

When it comes to Nootropics, and Smart Drugs in general, dosages always depend on tolerance, weight and personal goals.

Since Fladrafinil is more potent than Adrafinil, it is recommended to start out with a lower dose and then work your way up.

Fladrafinil comes in both poweder form and capsules.

When it comes to Flmodafinil a smaller dose is also preferred because of the higher bioavailability.

People taking Modafinil will know that an effective dose is anywhere from 100 to 400 mg. With flmodafinil it is recommended to start out with 50 mg and then work your way up to asses the effects.

Flmodafinil also has a longer half-life which means that it will stay in your system longer. Some people report that they can feel the effects up to 16 hours.

This is why it’s generally recommended to take it early in the morning.

It’s also worth noting that Flmodafinil, in high doses, can cause euphoria and some even report that they get Mania-like effects. 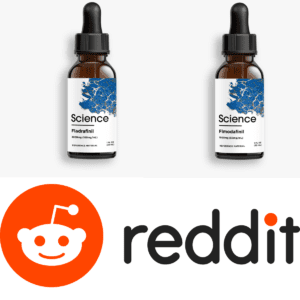 I thought it would be interesting to find, and combine, a couple of anecdotes from Reddit to see what people who are actually taking it are saying.

Here are some of the threads I could find.

I have linked to each one so you can go over to Reddit and read them for yourself.

The first thread I could find is from a user called; u/ThirdHuman.

He starts off the thread by simply asking: “Thoughts on Fladrafinil?”

A user called; rmcfar11 then replies that he LOVES Fladrafinil and of all the finil-logs he has tried, Fladrafinil is the best.

Rmcfar11 takes around 50 mg/day (and have done so for 6 months) and here is what he concludes:

“Soon after a dose I would feel very aware of my surroundings, had good reaction time, and my brain just felt wide awake, but not uncomfortably so. The anti-aggressive effects that were noted in literature I think were valid.”

The first thread about Flmodafinil I could find is from a user called; u/spellegrinoismyshit.

The entire thread is his own personal experience with Flmodafinil. I starts off by saying that he has taken 250-300mg of Flmodafinil for the past week with no signs of a tolerance buildup.

Spellegrino, didn’t experience any benefits using a low dose (50mg). Once he started taking 300mg is where he felt the full effects, or as he puts it:

“Once I started on 300mg, the next full week was great. Good things about it would be the feeling of being fully awake”

Interesting enough he then goes on to talk about how his thinking is more logical when taking Flmodafinil.

Spellegrino also notes that there is no “High-chasing” as is the case with Modafinil. You either feel it or not.

He then finishes off by saying that he hasn’t really experienced any negative side effects.