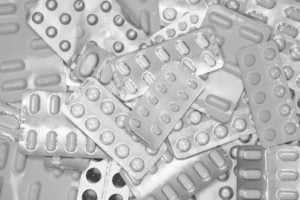 Nootropics are substances that can improve cognitive functions such as memory and focus. The average person is probably familiar with the word intuitively without knowing what it means.

The main reason for that is a plethora of nootropic supplements in the market today, which we will discuss further in this article.

Generally, they are used to enhance performance or as recovery treatments for chronic fatigue and sleep disorders. As we will explain below, not all nootropics are safe.

This article will seek to determine the safety of nootropics and highlight the risks associated with them.

Understanding how nootropics work in the body is also necessary so that we can discover how they may affect us.

How Do Nootropics Work in the Body?

There are many different ways in which nootropics work in the body, but there are some similarities. Most nootropics either improve the function of serotonin, dopamine, and choline neurotransmitters or increase blood flow to the brain.

Serotonin is known as a happiness hormone, whereas dopamine is often called the “reward” or “pleasure” hormone. Choline is an essential nutrient in the body that helps with memory and mental performance.

In other words, these neurotransmitters improve cognitive performance and help with the creation of new memories.

Nootropics also prolong the amount of time that you can stay awake due to their effects on serotonin, dopamine, and choline.

What Are the Risks of Nootropics?

There are many different classes of nootropics that can be found online.

Most of these are common vitamins and herbs that have been scientifically proven to improve cognitive performance.

However, there is still a risk of negative side effects with the use of nootropics because they often affect other neurotransmitters and hormones in the body.

The most commonly used nootropics are racetams, which can have negative side effects on the brain and body. One study showed that Racetam use decreased serotonin and increased dopamine levels in the brain.

Negative side effects can be mild, such as appetite changes, and more severe, such as depression or nausea.

It is also important to understand that not all nootropic supplements that are currently available are synthetically made in pharmaceutical laboratories.

That being said, some of the most common herbs used in nootropic supplements include Gingko Biloba, Bacopa Monnieri, and Lion’s Mane Mushroom.

What Are The Benefits?

There are many benefits associated with nootropics that can be discovered by examining the science behind them.

They also have antidepressant qualities which can help with mood disorders like depression, anxiety, and obsessive-compulsive disorder.

Some nootropics have been shown to reduce symptoms of ADHD and dementia as well.

These benefits are generally achieved through improving neurotransmitter function in the brain.

There were also studies that showed the benefits of Bacopa Monnieri for memory improvement in both healthy and Alzheimer’s patients.

The brain is a complex organ, and all of its components are affected by nootropics.

What Are the Best Nootropic Supplements?

There are many nootropic supplements that can be found online.

However, the most popular ones seem to be Piracetam, Aniracetam, and Alpha GPC. I have personally used all three of these nootropics and have had different experiences with each one.

Piracetam was my first introduction to the world of nootropics. I was very excited to begin using it and quickly saw improvements in memory and focus.

However, I soon became tolerant to it and found the effects diminished over time. After a couple of weeks, I began to experience anxiety and fatigue.

I decided that this supplement was not for me, but if you are looking for a way to jumpstart your nootropic journey, Piracetam is an excellent choice.

My second experience with nootropics was Aniracetam. This supplement improved my memory and focus immensely and helped me concentrate on work longer than before.

My favorite nootropic supplement is Alpha GPC. Alpha GPC is more effective than the other two supplements that I have used and helped me improve my memory over time.

I would definitely recommend this supplement if you are looking for a healthier alternative to the previously two. Since it is derived from choline, it may be beneficial for your health in the long term as well.

There are many non-nutritional nootropics that can be found online.

However, it is essential to recognize the risks associated with these products as some may contain unapproved ingredients or substances that haven’t been tested for their safety.

The use of nootropics is not inherently dangerous, but there are risks that users should be aware of before using them.

It is important to understand how nootropics work in the body for the purpose of greater understanding and for discovering which ones are safe for you to use.

The body’s reactions to nootropics may change over time due to tolerance, so it is important that users monitor their reactions in order to find the best nootropic supplement.

It is also important to understand that nootropics usually have side effects like any other drug due to their interactions with neurotransmitters, hormones, and other systems in the body.

These side effects may be harmless or they may be dangerous depending on the user, so it is essential to research a nootropic before using it.

Nootropic supplements are an easy way for most people to improve their cognitive performance without having to make major lifestyle changes.

However, not all of them are safe, so it is important to research nootropic products thoroughly before using them.

I hope this article has helped you understand how nootropics affect the body.