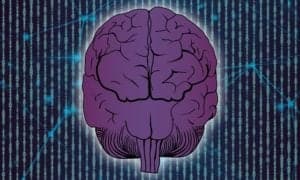 As you probably already know, I’m a big fan of nootropics.

To set the stage, I’ll tell you that I consider nootropics to be the most effective way for you to increase your brain power as quickly and safely as possible. Complex? Maybe. Effective? Absolutely.

If you’re not sure what I’m talking about here, let me give you a quick introduction. Nootropics (which is the term I prefer) are natural substances that enhance brain function. They’re usually sold in health stores or on the Internet. You can also find them in a lot of smart drinks – especially energy drinks.

Here’s a Top 10 list of the most effective Nootropics (in my opinion) and some of the most important information about how they work:

This one is as simple as it gets. Theanine is an amino acid found naturally in green tea, and has similar effects on the brain to caffeine.

The problem is that some people are highly sensitive to the effects of caffeine, and can experience headaches or cause anxiety when consuming it. Theanine can help reduce these side effects by providing a calming sense of relaxation.

As studies have found, it can help people fall asleep and stay asleep throughout the night. This is important if you have problems with insomnia.

If I had to pick only one supplement for improving your brain power, this would be it.

It also works by improving the function of the neurotransmitters dopamine and serotonin, which control mood & sleep. It does this indirectly via its effects on GABA receptors.

Long ago it was well-known that Bacopa Monnieri had a calming effect on the brain and improved memory. Today we know that it is also one of the most powerful nootropic herbs available, responsible for improving attention and concentration.

I love this nootropic herb because it has so many additional benefits besides just improved cognitive function (breathing, heart health, pain management). It’s also been proven to increase concentration, improve mood and reduce stress – quite an achievement for a little herb! In short, it’s my favorite nootropic herb – definitely worth trying out!

Bacopa Monnieri also works by improving the brain’s absorption of oxygen and amino acids. This means it indirectly improves your ability to think, remember and focus.

Vinpocetine is a derivative of the plant periwinkle, which is used today as an antioxidant and a memory enhancer in traditional Chinese medicine. It can also help improve focus along with other cognitive functions like memory and attention.

It’s one of the most powerful nootropic supplements on the market because it improves blood flow & oxygen delivery to the brain – thus allowing more oxygen to enter your brain – without making you feel dizzy or impaired in any way (unlike many conventional energy drinks).

At the same time, Vinpocetine has been shown to effectively improve mental performance as well as reduce fatigue and improve energy levels… all while improving mood at the same time!

You’ll find this one to be one of my favorite brain supplements.

It works by improving blood flow & oxygen delivery & utilization in the brain. One study found that it could increase the amount of oxygen your brain receives by up to 24%.

This is a cognitive enhancer that has been used for decades in Europe and Asia, but is only recently starting to gain popularity in the United States among those who are looking for a nootropic supplement to improve brain function.

It’s one of the most effective ones because it helps improve memory, focus and perception. It has been shown to be equally effective on both short-term and long-term memory – which makes it an amazing supplement for students.

Acetylcholine is one of the main neurotransmitters that controls memory, so Oxiracetam does this by improving your brain’s ability to use acetylcholine more effectively – while also making sure your neurons are fully supplied with oxygen without feeling drowsy or sedated (which could interfere with your study session).

As mentioned above, the main way that Oxiracetam works is by improving your brain’s ability to use acetylcholine effectively.

It does this by protecting the brain against age-related decline as well as reducing the amount of acetylcholine that is broken down in the brain. Studies have shown that it significantly increases learning efficiency and memory recall.

Alpha GPC is a naturally occurring choline compound that has been shown to have positive effects on memory and cognition (a bit like Bacopa).

These cognitive benefits are believed to be a result of Alpha GPC’s ability to increase acetylcholine in the brain – especially when combined with Choline Bitartrate.

This nootropic compound is another one of my favorites because it is both natural & effective. And quite safe! I have never heard of any serious side effects from taking Alpha GPC as a nootropic supplement – even for people who already suffer from headaches.

Studies have shown that Alpha GPC is effective because it enhances the production of synapses in the brain – synapses which are important for regulating memory and learning capacity.

It is not as powerful as Piracetam or Aniracetam, but it does promote mental acuity and can help your mind stay sharp. Alpha GPC is also the strongest known choline source, which makes it a valuable stack combination with Piracetam or Noopept.

This is a well-known and effective nootropic supplement that helps improve memory and focus while reducing anxiety (in lower doses) and promoting calmness (in higher doses).

I used to take it when I was in college, especially when studying for exams. It works well for me because it’s as effective as prescription anti-anxiety medication, but without the harmful side effects.

Aniracetam is part of a family of Racetams that act by binding to acetylcholine receptors in your brain.

These receptors handle learning and memory more effectively as you get older – so by improving their function, Aniracetam can help you think faster, remember more things and feel calmer overall – helping you feel sharper at work or when you’re studying.

It works by stimulating the release of Acetylcholine (as mentioned above). It is also known to protect your brain cells from free radicals.

And it improves blood flow to the brain, which allows for more oxygenation – which is what you need for a healthy, working brain.

Choline Bitartrate is available at most health stores and has been shown to be an excellent nootropic supplement for improving memory function as well as overall cognitive ability.

It’s another one of my favorite cholinergics because it’s both natural and easy-to-use.

This nootropic can help improve memory, learning and mental performance by enhancing the receptor-binding properties of acetylcholine.

It does this by helping your brain make better use of existing acetylcholine – more effectively than several other cholinergics on the market.

Choline Bitartrate works to help improve learning and memory by enhancing the ability of your neurons to receive signals from other neurons.

It also helps your brain cells send messages to each other more easily – which improves their efficiency in transmitting information. Oh, and it may even ward off Alzheimer’s disease!

Piracetam is one of the oldest synthetic smart drugs on the market, with the first clinical trials dating back to 1964. It has been shown to have an amazing effect on memory and learning; as well as improving your focus, concentration and cognitive abilities overall.

I’ve been taking it for years and love it because of its long-term effects: I rarely forget my keys anymore! (which was a serious problem for me before).

Piracetam works by improving the function of the neurotransmitters acetylcholine & glutamate, which are involved in learning, memory and cognitive function.

It has a different mechanism of action than conventional stimulants like Adderall and Ritalin.

Rather than increase dopamine levels, it influences glutamate & acetylcholine levels to improve focus, concentration and memory.

Noopept is perhaps the most powerful smart drug on the market. It’s an acetylcholine-boosting cognitive enhancer that’s more potent than Piracetam and offers faster results.

This nootropic is a derivative of Piracetam and acts by increasing levels of acetylcholine – a chemical your brain uses in order to function properly.

Noopept helps to enhance the proper functioning of your mental processes by “releasing” acetylcholine – a neurotransmitter involved in learning, memory, focus and communication. It may also reduce your feelings of anxiety, stress, depression and improve your mood overall.

Noopept is more effective when used with other cholinergics or Racetams.

Modafinil is my favorite smart drug on the market. It’s been around for a while now and has many off-label uses as well that most people don’t even know about!

It’s a smart drug that helps enhance cognitive function by increasing levels of dopamine, norepinephrine and serotonin in your brain.

All three of these neurotransmitters are involved in the regulation of mood – so it makes sense that Modafinil would help improve your overall mood, making you feel more positive and confident.

It’s also prescribed to people who suffer from ADHD, Narcolepsy or sleep apnea because it helps reduce excessive daytime sleepiness as well as improve focus.

The way that Modafinil works is by boosting levels of dopamine, norepinephrine and serotonin – all neurotransmitters that handle mood.

So this smart drug basically gives your brain the extra ammunition it needs to be more efficient at handling the chemicals in your brain without getting overcome by them.

There you have it – my top ten nootropics to help boost your brain power.